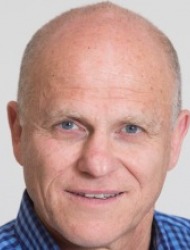 Academic Background and Fields of Interests

I am a Professor in the Department of Political Science and the Department of Communication and Journalism, and one of the founders of the university’s Political Communication program. My main area of research and teaching is political communication. My theoretical and empirical efforts are focused on bringing the media into political processes and political science models, and introducing politics into media theories. My research so far has focused on issues such as the role of charisma in politics, political personalization, media effects in Israeli political campaigns, media effects during political conflicts and mediated public diplomacy.

Currently I am involved in a large-scaled project that centers on the effects of political culture and narrative proximity between nations, and their role in such issues as international communication flow and public diplomacy.

I have a lot of experience in political and media consultation for Israeli politicians and public organizations. In the past I have worked as a reporter for the Hadashot daily newspaper.