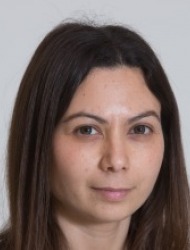 Academic Background and Fields of Interest

Meital Balmas is a senior lecturer (US Associate Professor) in the Department of communication at the Hebrew University of Jerusalem.

She completed her Ph.D. and master’s degree at the Hebrew University. In 2012-2013, she was a postdoctoral fellow at Columbia University in New York. Dr. Balmas-Cohen is the recipient of various awards for her achievements in research, including Research grant from the German Israeli Foundation (GIF) Young Scientist program and The Alon Fellowships for Outstanding Young Researchers on the behalf of The Israeli academy of science. Her research interests include political communication, political psychology and public opinion. Her work has been published in several scholarly journals including American Journal of Political Science (AJPS), Journal of Communication, Communication Research, Party Politics, the International Journal of Public Opinion Research, and American academy for political and social sciences (ANNALS).